Posted on May 7, 2018 by admin in Traditional Chinese Medicine 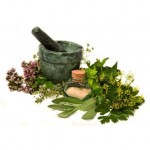 What is Traditional Chinese Medicine?

Traditional Chinese Medicine or ‘TCM’ believes in “curing the root” of a disease and not merely in treating its symptoms.

Traditional Chinese medicine seeks to harmonize and re-balance the entire body’s system rather than to just treating the presenting symptoms.  Since proper internal balance is considered to be the key to health, TCM strives to cure disease by    restoring that balance and therefore allowing the body to repair itself.

In Western medicine, patients with similar complaints or diseases, usually will receive virtually the same treatment.

In TCM however, the practitioner treats the patient and their unique picture of symptoms and does not treat based on the name of the diagnosed condition, believing that identical diseases can have entirely different causes.

There is some confusion in the West about the fundamental philosophical principles upon which traditional Chinese medicine is based—
Yin and Yang describe the interdependent relationship of opposing but complementary forces believed to be necessary for a healthy life.
Basically, the goal is to maintain a balance of yin and yang in all things.  TCM asserts that chi is an invisible energy force that flows freely in a healthy person, but is weakened or blocked when an animal is ill. Therefore, the illness
is thought of as a result of the blockage, rather than the blockage being the result of the illness.
I can understand why doctors and vets feel this is a huge leap of faith, but to me it is so logical, and I see the proof of these medicines in my clinical practice everyday. After all animals have no preconceived ideas or prejudices to treatment, the results are absolute proof that a formula is either working or not, as they will show a change of symptoms, and improved quality of life and energy.

The Traditional Veterinary Chinese formulas I use in practice for my animal clients are extremely well proven and safe. The main reason I also like to use them is that they can often also be safely used alongside conventional Veterinary prescribed medicines as well, allowing the body to be on a minimum dose of a medicine, which can therefore lead to less side effects from the drug. Another great benefit is that the Chinese herbs can be mixed in with the food, they are usually very well accepted, as we take a number of days to introduce the new flavor to the diet.